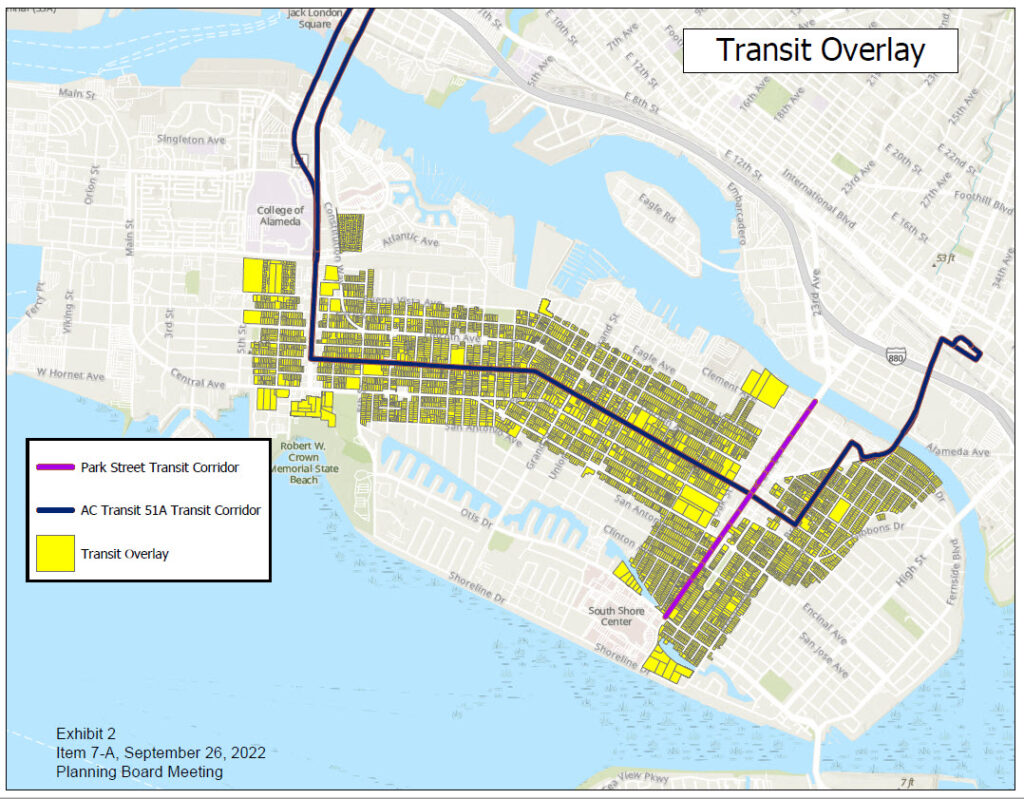 The Transit Overlay shown here is where a planned zoning amendment will allow unlimited density development for any parcel inside the overlay.

Proposed rezoning will undo the defeat of Measure Z and eliminate Measure A in Alameda FOREVER!!!

On November 15th or later the Alameda City Council will be voting on our 2023-2031 Housing Element that will identify sites to meet our State mandated goal of 5353 new housing units.

1. Unlimited residential density in R1 through R6 within the walls of existing structures.
2. Unlimited density and 40’ height limit in R1 through R6 within ¼ mile of a commuter bus line (depicted in city map above), including demolition and replacement of existing buildings.
3. Increased density ranging from 30 to 60 units per acre (36% to 173% above the existing density) in the R-3 to R-6 zoning districts covering most of central Alameda.
4. Unlimited density and height limits increased to 60’ in the historic portions of Park and Webster and increased to 45’ in the small historic “Stations” districts on Lincoln and Encinal.

Voice your opposition to the proposed zoning amendments by signing a petition to City Council at https://www.change.org/PreserveNeighborhoods or by scanning the QR code below. 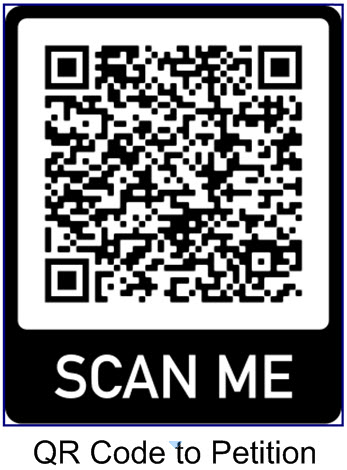 Please send emails and appear for public comment at the November 15th Council meeting and any subsequent meetings where the proposed upzonings will be discussed.

Send your emails to all council members at
CITYCOUNCIL-List@alamedaca.gov

For questions or updates email us at
announcements@alamedacitizenstaskforce.org