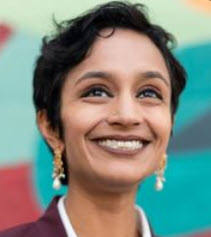 On August 31 there will be a special election to fill the vacancy in our Assembly District for the remaining year of Rob Bonta’s term in office. Vote by mail ballots will go out on August 2, less than two weeks from now. The two candidates are Mia Bonta and Janani Ramachandran. Both candidates are campaigning as avowed progressives and have some views that are not consistent with ours.

However, there is a big difference between the two candidates. Mia, like her husband before her, is heavily funded by special interests that are not consistent with her professed progressive views. Janani will not accept support that is inconsistent with her progressive ideals and has assured us that she is open to listening to and seriously considering our views. Indeed, she asked for our support and endorsement.

As a 501 C 4 non-profit organization, we are allowed to support a candidate for office and retain our tax exemption so long as that is not our primary function. Our reluctance to do so in the past has been due to our fear that it would detract from our primary role as lobbyists for good government policy. However, the Board believes that this election is exceptional and requires an exceptional response.

The ACT Board is the policy making body for the organization, so we routinely make policy decisions on behalf of ACT. On an issue as important as this we would have liked to present this to you prior to endorsement, but the extremely short time frame for this election did not allow for that option.

ACT will not be contributing money to the campaign, although most of the members of the Board have done so individually. We are, however, asking our members and friends —You! —to contribute and volunteer for Janani’s campaign. Mia Bonta has already raised $400,000 and through her political connections is seeking to raise $800,000 for this campaign. Janani raised $200,000 for the primary and is trying to raise another $200,000.  We urge you to go to her website NOW at https://jananiforca.com/ to make a contribution and sign up for volunteer services.

We also ask that you notify us by replying to this email and providing your address and phone number when you join the campaign so that we can contact you to participate in local activities directed from ACT. If you want a yard sign, include that in your response.

Mia Bonta won 38% of the primary vote and Janani won 24%. There were six other candidates on the ballot, which means 62% of the voters voted AGAINST Bonta. Janani is a very strong candidate—she even won the Alameda City Democratic Club endorsement by at least 60% of the vote (because that is the minimal amount required to endorse) To view the Dem Club debate see: https://www.facebook.com/CADClub/videos/333377015077096

This is a great opportunity to change the political structure of the city and limit the power of the political machine, but it will take grass roots support from all of us to get it done! Please, join this campaign.